I told my manager “there are too many TLAs I don’t understand in meetings” and they had to ask what that meant, so now I am drowning in irony.

Auto-capitalisation is a dead giveaway that you’re AFK and responding to Slack messages from your phone.

Old mate is riding his bike with no hands cos he needs them both to roll up a durry.

I recently drew up a home-made game of “pin the tail on the donkey” for my kid’s birthday party.

After the first try, the donkey had a butt that looked disturbingly human and upsettingly sensuous. We ended up going with my second attempt—which was much more donkey–like—but that first one haunts me still.

The things I enjoy do not necessarily define me. I love to ride my bike, but I do not self–identify as “a cyclist” any more that I do a bacon cheeseburger. I feel this distinction is often lost on many of us.

Apple: “Authority to leave if unattended”
Australia Post: [leaves package in the rain while I sit waiting for the doorbell]
Me: 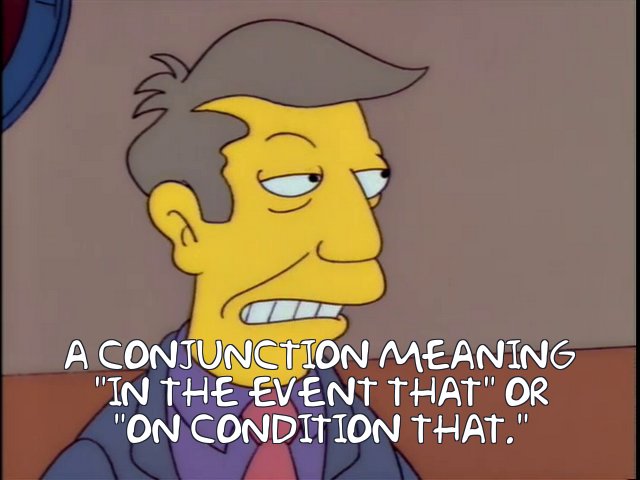 “Lifeline poster by the level crossing” and other unreleased songs by The Smiths.

Some kids make loud noises jumping on a hard plastic power cable cover. Their Grandma reminisces out loud to nobody in particular “I used to be a tap dancer—”. The kids run off.

I know I live in a bougie neighbourhood because at the shops there’s a big empty space where the 3-ply toilet paper used to be, but there’s also a huge untouched mound of 2-ply.

It’s like these people want to panic buy, but—c’mon—they still have standards.

There’s a difference between pragmatic and lazy…and between lazy and belligerent.

…pronounced the boomer loudly to her friends at WOMAD between swigs of Chardonnay.

Looking for a security vulnerability means reading through changelogs, commit history, and library code, down eight levels of nested dependencies, across multiple major version bumps each, to find it’s all caused by something that could be replaced with three lines of application code and an environment variable.

Since the Tour Down Under has been in town this week, I can finally relate on a visceral level to the feelings towards Keanu Reeves’ character in the first act of Point Break.

The clouds in the sky look like a graphics card rendering demo from the early 2000s.

Floating in the pool looking up at planes silently cruising high overhead, I can’t help but think of season 2 of Breaking Bad.

The robot apocalypse may be a little further off than we feared.

“I’m very ‘Regurgitator’ about my Mountain Goats album preferences” is a thought I just had, and I’m not entirely sure how to feel about it 🤔

We have wildly different definitions of “hint”.

My finger hurts, but now you’re dead: a story of futile acts of violence. Starring, a bee. [Contains Strong Language]

The cleaner came into the bathroom at the airport while I was using it and started mopping. Pretty normal. Then some other guy comes in and starts taking photos of the dude mopping. Less normal. The photographer was standing directly behind me as I was still using the urinal. Very much definitely not normal.

🎗 Don’t plan your exercise route downwind of a large bakery that indiscriminately pumps fresh doughnut aromas into the air.

Shopping at Aldi is like living inside of an ABC original TV series. Love to start my day with a delicious bowl of Wheat Biscuits.

My new oven makes use of JPEG, GIF, FreeType, OpenGL, a Unicode database and normalisation library, a bunch of Texas Instruments stuff, and some tech from the 80s that’s used to run the .jp TLD, but all I wanna do is roast a dang chicken.

Me: “The problem with imposter syndrome is…”
Also me: “Pipe down you moron, you don’t know what you’re talking about.”

…components are written in TypeScript to increase developer velocity and reduce errors.

This is always a 100% true fact and never wrong ever at all even a tiny bit. Obviously.

Just found out the Dockerfile that runs our company’s main API pulls in assets from a Wayback Machine mirror of a GeoCities site.

“Hey Siri, how do I politely tell the sales team we don’t need self-congratulatory company-wide email chains every time they make a phone call?”

“clever” and “hacky” are two sides of the same coin

Riding past a shopping centre I noticed a new sign listing some of the stores. I saw “Calvin Klein” and my first thought was “lol someone named their shop after MJF from Back to the Future 3 ha ha haaa… wait…” 😳

Nothing makes me feel more like a drunk toddler than using a different keyboard.

The ability of this mattress to store thermal energy will surely prove useful in unlocking the secret to time travel.

After decades of hard work and perseverance honing my craft, I have finally managed to trick everyone into believing I know what I’m doing.

My despondency runneth over.

Buy your enemy’s neighbour a chainsaw.

Working on my retirement plan:

Guess which department was in charge of this project…

I feel like every second thing I say to my 3–year–old is either “Speak up, I can’t hear you”, or “Shhh—inside voice, please”. No middle ground exists 🤷‍♂️.

Semantic versioning is a rad concept that no amount of bold red text in the README.md will make up for.

JavaScript library authors, I love it when your lib is available as a global in the dev tools, right on the documentation page. This is a pro move.

Flaky couriers have conditioned me to be excessively anxious when expecting a delivery.

Me, riding with plenty of room to stop: “Oh, that big cloud of dust won’t be fun to ride through—oh well, whatchagonnado…”
Me, much closer now with no room to anything: “Wait, those are bees…🐝”

Appearing insincere while praising employees is the curse of all CEOs.

Dubai has a shopping mall with some departure gates tacked on. Also, the cheesy casino vibes are not really what I need in this jet-lag-induced malaise.

So, was that was alcohol-free beer that the Grandmother just fed to her ~1 year old grandson from a liter stein in the Munich beer garden just now?

Did I just see a lady take a bottle of Évian from a First Class seat pocket as we exited the plane from Economy? Yes I did.

While asleep, our four–month–old just quietly made a perfect replica of the “Wild Eep” alert sound from Classic Mac OS and I am instantly 8 years old again.

Unfortunately, writing rails migrations is not like riding a bicycle.

Swaths of my music collection is trash now, thanks to aspirational SUV ads selling middle-class men on rekindling the imagined adventure of their youth, now crushed under the terrible burden of a happy family and lucrative career in finance or whatever.